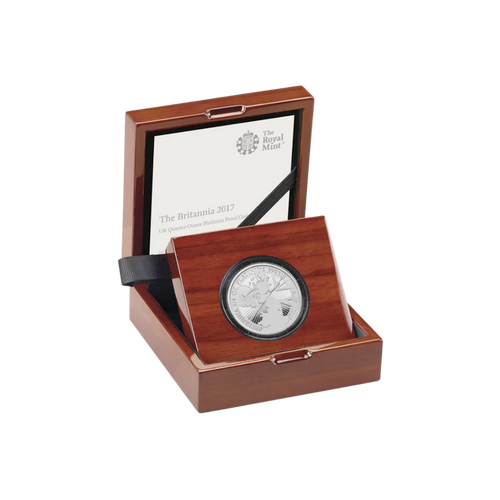 As the Roman Empire expanded, conquered provinces were personified with female figures; a means to establish order and create a sense of unity. Extending its influence northwards, the Roman army eventually crossed the channel to reach British shores. Britannia first appeared on the coins of the Emperor Hadrian over 2,000 years ago.

Restored to British coinage in 1672 during the reign of Charles II, she’s appeared on the coins of every subsequent monarch. Reassuring and resolute she’s a rallying point come crisis or celebration, an embodiment of our national pride. Instantly recognisable all over the world, Britannia resonates with international investors, a trusted symbol of the quality of British minting.

Platinum is much rarer than Gold or Silver. A very undervalued metal that has huge capital gains potential. It is believed that the global supply of platinum is estimated to be 10% of Gold and 1% that of silver.

This bullion product is great value for money, this is a rare chance to get your hands on our only special edition - Proof 1/4oz ounce Platinum Britannia coin.

The 1/4 oz Britannia Platinum Coin is now available to purchase here via Klarna. By placing your order for this item - you can select Klarna at the checkout page to confirm your order.